Secretary of State Blinken issued the 2021 Trafficking in Persons (TiP) Report on July 1, an annual publication that documents government efforts to combat human trafficking in 188 nations and territories, including the United States. The TiP Report rates such efforts, including the US government’s, against minimal requirements that track the Palermo Protocol’s “3Ps”: prosecution of traffickers, protection of trafficking victims, and prevention of human trafficking.

“Human Trafficking in the Context of a Global Pandemic” is the theme of this year’s TiP Report. The Report examines how the epidemic increased the number of persons vulnerable to human trafficking and disrupted existing and planned anti-trafficking efforts in its introductory section. 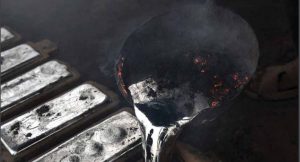 The study cautions for the first time against the risks of systemic racism and recognizes the continuation of discriminatory policies.
After spending three years on the Tier 2 monitoring list, the 2021 report downgrades guinea-bissau and Malaysia to a Tier 3, which is the lowest level. As Reuters has observed, the downgrading of Malaysia follows on from a range of law groups and United States officials complaining about the abuse of migrant labor in plantations and industry. the Government of Afghanistan, China, Cuba, Eritrea, Iran, Russia, South Sudan, Syria, Turkmenistan North Korea dictatorship and the government of
From international organizations to local NGOs, governments, and survivor leaders, the report highlights examples of leadership, resilience, and adaptability in the anti-trafficking community.
Despite the fact that the international community made progress in combating the epidemic, the impact on survivors and casualties remain a major source of worry.
The report makes it clear that children and their right to education have been severly impacted by COVID 19 and resulting security vacuum which was fully expolited by human traffickers. Furthermore, this situation has dramatically increased the number of children who fell prey to child abuse amid Covid Pandemic. Unfortunately, some countries have failed to adopt measures to prevent child abuse. TIP report names fourteen such countries which are not Party to the Protocol to Prevent, Suppress and Punish Trafficking In Persons, Especially Women and Children.

As a result of increased online activity and usage of social media, new patterns of exploitation have evolved. There is evidence that this resulted in an upsurge in online trafficking. Online pornography, particularly child sexual exploitation materials, is in high demand. There are also reports that human traffickers are increasingly using cameras and live-streaming child sexual exploitation. At the height of the pandemic, the FBI issued a press statement advising parents to be more attentive about the prospect of their children being targeted by sexual predators.
During a pandemic, schools were shuttered, while youngsters spent more time online in circumstances where they were exposed to sexual abuse and trafficking. As some schools supplied computers or comparable devices to impoverished pupils who could not afford them, the number of children online at home increased. Moreover, the devices offered did not, on the whole, come with software to protect youngsters.
TIP report lists countries according to their TIER rankings which shows how each country addressed the problem of human trafficking. This TIER classification enables us  to compare goverments’ efforts to combat trafficking by years. This classification is quite useful as it offers the readers concrete data over the scale and impact of human trafficking and child abuse  on vulnerable groups such as children and women. To give an example, if a country is in the TIER 2 list, this is the snapsis of the country’s TIER ranking.
“The Government of X does not fully meet the minimum standards for the elimination of trafficking but is making significant efforts to do so. These efforts included undertaking awareness raising efforts and reaffirming its commitment to enact anti-trafficking legislations. However, the government did not demonstrate overall increasing efforts compared to the previous reporting period. The government did not show evidence of overall progress in prosecuting and punishing trafficking offenders and identifying victims of trafficking. Therefore, X remained on Tier 2 Watch List for the second consecutive year.”
The report goes on analysing the TIER rankings of the countries in an alphabetical order.  From this point on we will highlight two main issues, child abuse and education, from the each country’s narratives.

AFGHANISTAN: TIER 3
Unsurprisingly, Afghanistan finds itself in TIER 3 category. Afghanistan does not completely fulfill and does not make substantial measures to eliminate trafficking, even in view of their influence on its anti trafficking capabilities of the COVID-19 pandemic. The incidents of child abuse in Afghanistan is so appalling that the practise of bacha bazi—a practice in which men exploit boys for social and sexual entertainment takes place in government compounds. Furthermore, children are still recruited and used as soldiers in increasing numbers. Afghan government does not address such abuses sufficently. It even punishes penalize, and abuse many trafficking victims, including punishing sex trafficking victims for “moral crimes” and sexually assaulting victims who attempted to report trafficking crimes to law enforcement officials
By Fatih OK
Post Views: 212
FacebookTwitterPinterestLinkedIn